Trico manufactured different switches for automotive applications. Although they look very similar, there is a distinct difference in their functionality.

The Trico PS-33A switch was used as a direction indicator switch with 3 positions: left, off and right. This switch was used by a number of British car manufacturers and can sometimes still be found in NOS condition.

Jaguar used the Trico PS-4A switch as an overdrive switch from 1955 till the early Sixties. It is a two-position switch (on/off) but in fact largely identical to the aforementioned PS-33A as the internals of the switch are common. 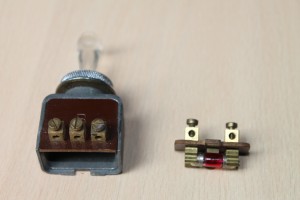 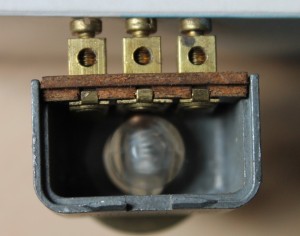 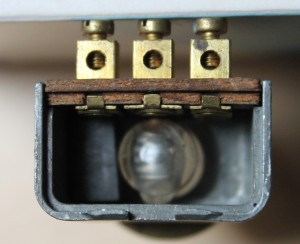 The PS-33A has only the letter B (for battery) positioned as an indication for the centre one of the three connectors on the phenolic back plate. It is easier to mark the other two contacts with E (for earth) and L (for “load” which in case of Jaguar is the solenoid of the overdrive). 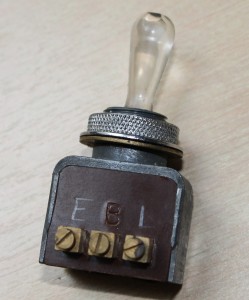 Marks for E and L in addition to the existing B

The conversions requires two modifications of the PS-33A switch:

1. After the bottom cover has been carefully removed it is possible to slide down the back wall of the switch. Beware of the ball that will jump out because of the spring behind it (see photo below right). A (semi-hard) rubber buffer of 12.7 x 10 x 7.0 mm is now placed (and preferably glued) in the aluminium housing at the side where the mark E has been put. This is done to block the third position. The 7.0 mm dimension is important and should be correct in order to allow the handle to rest in the centre position but not reach the third position. 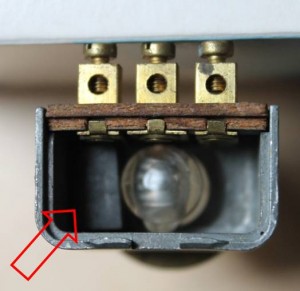 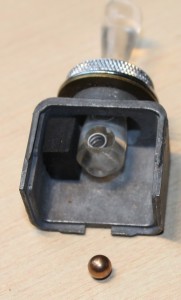 a. Simply connect the existing LH contact on the bottom plate to the E terminal of the back plate and the RH contact to the L terminal.

b. In case one would the PS-33A switch to look more like the PS-4A on the outside, then first remove the bottom plate and  slide away the back plate (see photo above right). It is possible to (carefully!) remove the existing brass terminals on the bottom plate by pulling them out of the rivited brass connection. Then take two thin wires and solder them to the lamp contacts at each end of the bulb and connect one to the E and the other to the L connector on the inside of the switch. 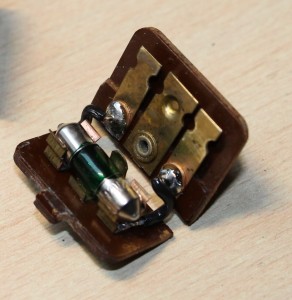 Internal connection made by soldering

The photo below shows the final result of the conversion (left) and an original PS-4A (right) for comparison. 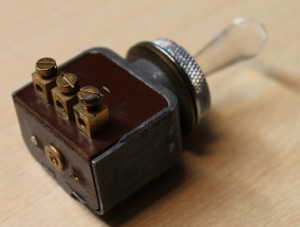 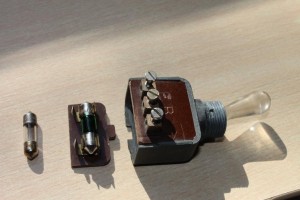 Besides the well-known vacuum equipment for wipers and washers, Trico also manufactured a large variety of switches as part of their programme for the automotive industry. One of the most “famous” versions is the PS (Pilot light Switch) range with an illuminated, transparent handle. This is a specific UK developed and manufactured product. 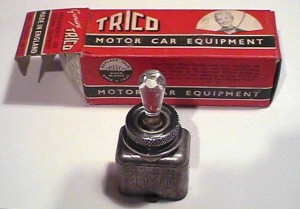 Switches have been supplied during the 1950s and 1960s after which production in the UK ceased. 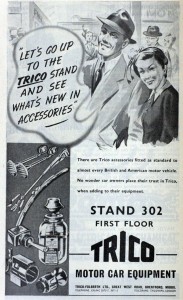 The range consisted of at least 7 versions (but possibly more), each one intended for a specific application like:

The switch is to be mounted in a panel using a ⅝” or 16 mm hole. A chromed knurled ring, acting as nut, secures the switch to the panel. 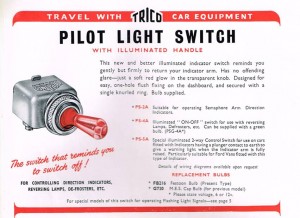 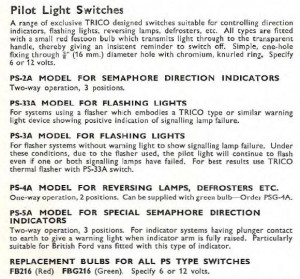 All switches used the same aluminium die cast housing, suitable for 3 positions. The signal lamp was positioned on a (thermoset) plastic cover at the bottom of the switch, whereby the number and position of contacts depended on the signalling function.

In case of a 2 position switch a rubber buffer was placed at one side within the aluminium housing blocking the 3rd position.

Jaguar application of the PSG-4A switch

Although Lucas recommended their manual overdrive switch type 9RW (Lucas part number 31587 or 031648) in combination with Laycock overdrives, Jaguar instead opted for a Trico switch in spite of the very close relation with their “preferred supplier”. 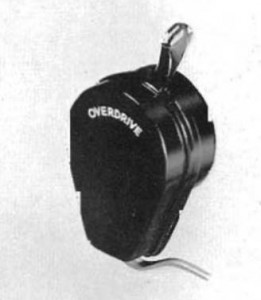 In 1954 Jaguar introduced the PSG-4A as an overdrive switch on the XK140 (and other contemporary models like the Jaguar Mk VIIM and Jaguar Mk1) with Jaguar part number C7474. This switch had 3 screw terminals of which two were marked: the middle had the letter B (battery) and the other with the letter E (earthing the signal bulb). The third (unmarked) contact is connected to the Overdrive Relay(s). This switch originally had a green “festoon” bulb (although many may have received a white replacement bulb in the past decades). The replacement Trico bulb FBG216 received Jaguar part number C8829.

Note that the PS-4A version is normally supplied with a red bulb, but Jaguar opted for the green bulb. 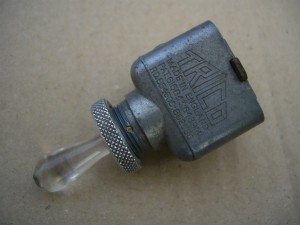 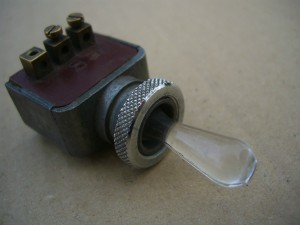 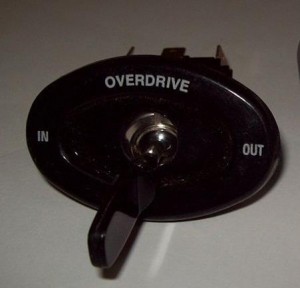 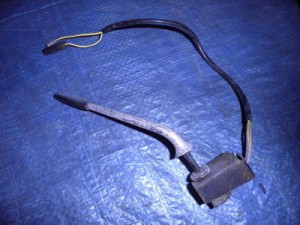 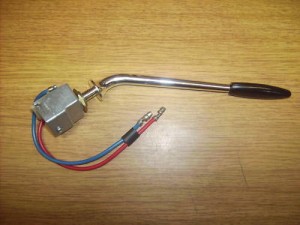 Examples of other Trico PS switches

The PS-33A is used as a direction indicator switch. It has additional screw terminals for the festoon bulb at the bottom of the switch. It is not a direct replacement for the Overdrive switch PSG-4A. 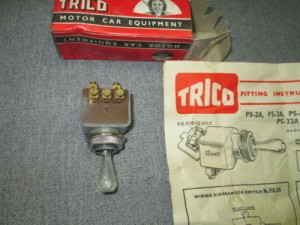 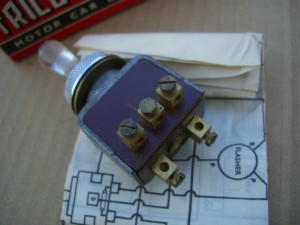 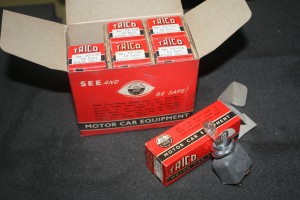 The bulb was of the “festoon” type and was supplied by Trico. There are 2 known bulb colours: red and green. The Trico part number for the built-in indicator bulb is FB216, which is a 12V 1.5W festoon green bulb of 22 mm length. Trico provided a large range of “festoon” bulbs: only the FB216 version was correct for the PS switches. 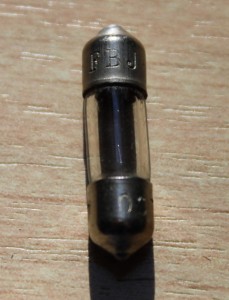