Jaguar used  clutches supplied by Borg & Beck. Borg & Beck originally started their clutch activities in the USA. Like with many other US automotive parts companies, from 1931 onwards clutches were manufactured under licence in England by Automotive products (AP) of Leamington Spa under the brandname Borg & Beck.

In 2000 Delphi purchased AP (Borg & Beck), then in 2005 Delphi declared bankruptcy, returning the company to AP but chose to keep the name Borg & Beck. Hence the clutch pieces are nowadays  OE but with only part of the original name. 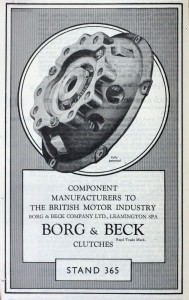 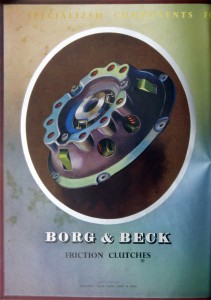 There is a long standing relation between Jaguar (or better SS) and Borg & Beck: already before WW2 clutches were supplied for the 3½ litre Saloon and Coupé as well as for the SS100. 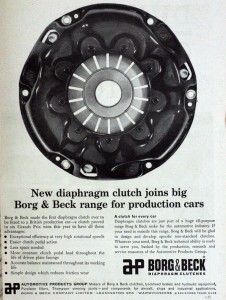 Clutch for XK 140 and other XK’s: an overview

The original clutch installed by Jaguar for the XK 140 was supplied by Borg & Beck. Jaguar quotes the following numbers for this coil spring type 10” (254 mm) clutch unit which has a 1⅛” (28.6 mm) inner diameter and 10 splines: 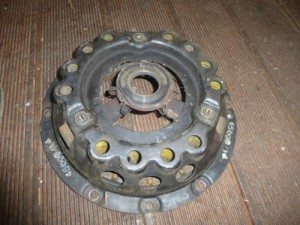 Replacement clutch parts can still be obtained today, but the use of brands and part codes may be rather confusing. Possible manufactures of new parts (but also “old stock”) are:

An overview of alternative code numbers for the main parts: 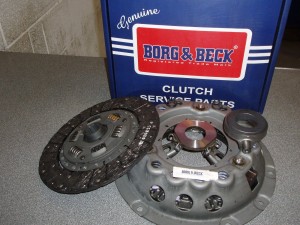 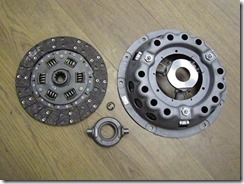 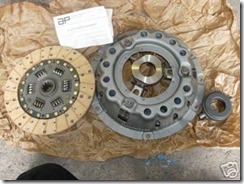 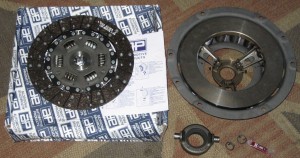 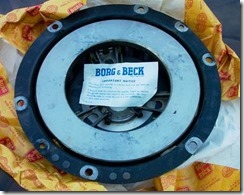 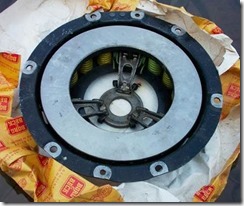 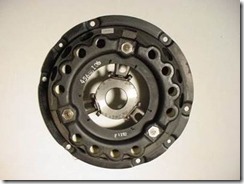 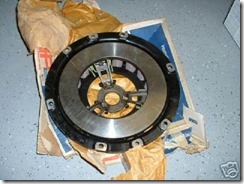 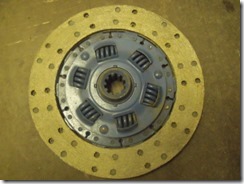 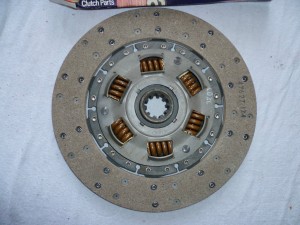 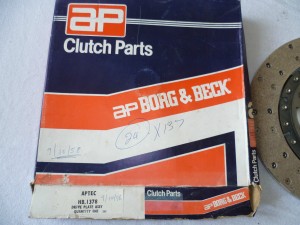 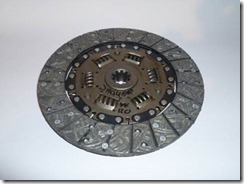 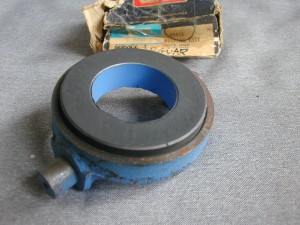