Turner acquired most parts from the bigger automotive suppliers of the 50’s and early 60’s. The radiator of the Turner 950 is most certainly sourced from BMC, more specifically: Morris Minor 1000 series Part Nº ARA 97 (from 1952), ARA 101 (from 1960) and ARA 213 (from 1962). This is the so-called “small tank” version made in brass. But apparently the standard BMC version could not be used by Turner and modifications had to be made.

The modifications may relate to two main causes:

1. The pipe connection of the standard Minor radiator is bent sideways for the top hose and upwards for the bottom hose. Apart from some very early cars, Turner uses a straight pipe connection, because the engine is placed at a larger distance from the radiator and probably extra space was required for an oil cooler placed behind the radiator.

2. The use of both BMC-A and Coventry Climax engines from 1959 onwards, the latter requiring a top water hose connection at the LH side of the Morris radiator (that had the top water hose entry at the RH side). I found on my 1960 Turner a brass blanking plate soldered over the hole at the LH side, though this could be a later modification. 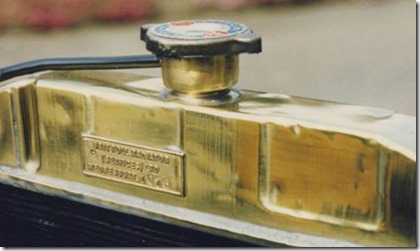 (Some of the) radiators on Turners had a brass plate stamped Brittoll Radiator (Services) Wednesbury and a serial number. This may well have been the company responsible for the modification of Turner radiators.

Brittoll Radiator (Services) Ltd were located at Dudley Street, Wednesbury, only 6 miles from the (early) Turner premises at Merrydale Street in Wolverhampton. Brittoll Radiator (Services) Ltd. apparently was not a big company although they did have some patents registered in 1954 (improving the process of making radiators). The workshop at Dudley Street was located in a former public house: The Greyhound pub. The company had expanded in the early 60’s with new extensions ready by June 1962. What happened with the company thereafter is unclear, but the buildings at Dudley Street were eventually demolished in the early 1970s. The company also had storage facilities at 6, Cromwell street in Coventry in 1961.