The Girling Type 10 disc brakes are described under the Category “Brakes” and “Tuning” on this website. This document describes the Lockheed brake servo.

At the end of the 50’s Lockheed had already a number of brake servo system in their programme, but most of them based on a vacuum piston moving in a cylinder with leather or rubber piston rings. A new generation using a rubber diaphragm was introduced allowing for a more compact design, making the vacuum servo piston no longer required.

Thus the new 5½” Brake Servo version was chosen by Alexander to assist the new Girling Type 10 disc brakes that required a (much) higher pedal pressure. 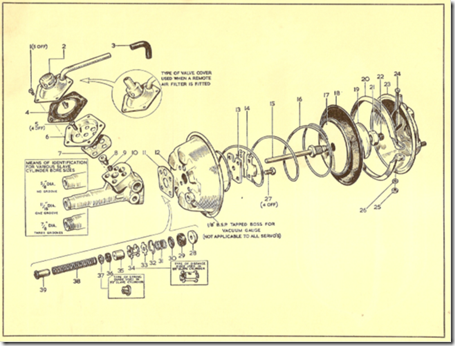 There were various versions with different slave cylinder sizes: 5/8”, 11/16”and 7/8” diameter all sharing the same vacuum housing. Most probably Alexander had chosen for Lockheed servo type number 112753 with a 7/8” slave cylinder, which was an “Installation Kit” without specific applications mentioned. There was an alternative “Installation Kit” which had a later Lockheed type number 4257-064, having the same slave cylinder dimensions but a different Air Control Valve housing.

A similar Lockheed servo was later introduced on the Mk1 Cooper S models (1963 onwards). All Mini Cooper S Mk 1 models came with this Lockheed type 5½” vacuum-operated brake servo unit as standard, fitted to the RH wing valence of the engine compartment. Both end covers (dishes) and the collar of the brake servo were cadmium plated, giving an unpolished bluish-white finish. The brake servo slave cylinder should be finished in matt black.

The Cooper S brake servo looks similar to the original Alexander-Turner versions and could be used. 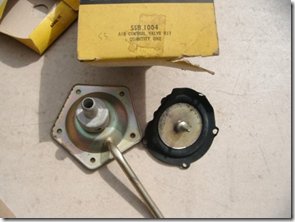 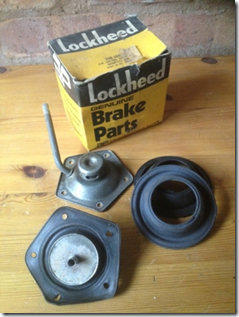 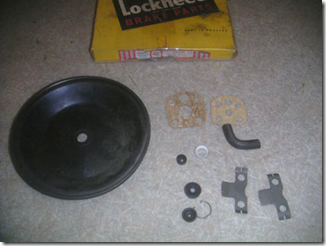